Dhouha Kbaier Ben Ismail was a post-doctoral researcher at Ifremer from February 2nd, 2014 to July 31st, 2015 (18 months) where she worked with Ingrid Puillat and Pascal Lazure.

The position was offered by the REM/RDT unit in the framework of the in situ monitoring of the sea. The proposed position focused on mathematical methods dedicated to analyze environmental time series such as those acquired by long term monitoring systems, for instance deep sea observatories and coastal buoys, or those obtained from numerical models.

The objective was to review and study time series analysis methods for environmental science in several steps: (1) from a bibliographic review in other scientific domains such as econometrics, health, signal processing, and (2) then to test and to assess some selected methods by carrying out some case studies performed on acquired data. Several categories of methods are tested. Pitfall, advantages and robustness of the methods are assessed according to methods parameterization and data series types.

This led to publications in peer-reviewed journals, and presentations in conferences.A short overview of the outcomes is given hereafter. In addition 2 training workshops “Time series Analysis” were presented by Dhouha Kbaier Ben Ismail and co-organized by Ingrid Puillat in Ifremer Brest the 27-28 May 2015 and 3-4 June 2015. In this training, we focus on advanced spectral analysis adapted to be used for non-stationary time series with missing data and which can be recorded from nonlinear processes. The content of these trainings is gathered in a dedicated textbook, and can be downloaded here after.

Recent given trainings and teaching 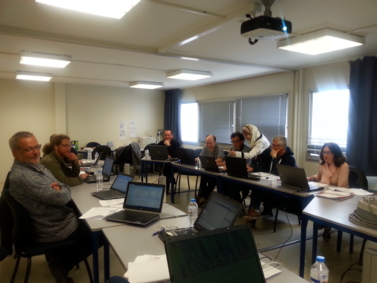 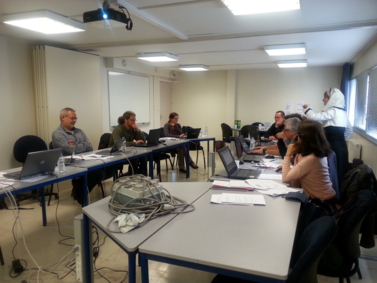